Butters, a 2-month-old kitten, was diagnosed with a diaphragmatic hernia caused by severe trauma. This condition placed him in respiratory distress because the hernia was pressing up against his lungs. Thanks to the generosity of donors and supporters, Butters received the surgery he needed to correct this life-threatening condition. He survived the surgery but sadly succumbed to his injuries on Wednesday, September 25.

We have an unexpected update on Butters. Unfortunately, it is sad news that we must share.

Sweet Butters passed away this morning due to a complication with his bladder; this was not related to his diaphragmatic hernia surgery but more so the trauma he endured. We were able to get him to our partner vet clinic for care, but he passed away shortly after arrival. He was in the company of loving HSCC staff when he passed.

Butters has received so much support, love, and well wishes from you all. This sweet angel has touched so many lives…. we are all heartbroken!

We are exploring ways to keep his memory and fighting spirit alive to help others that can be saved. It seems that was his purpose on this earth. 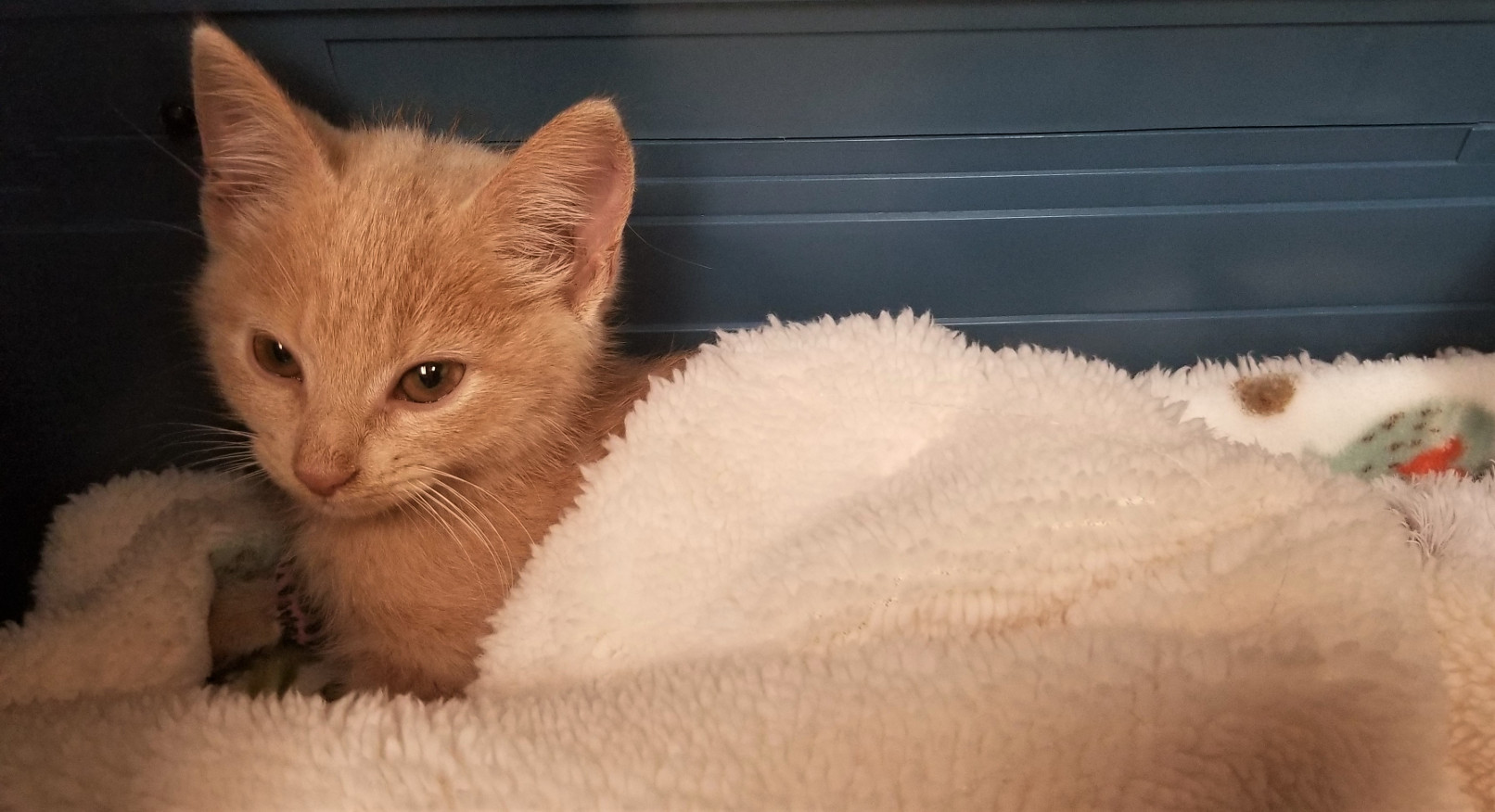 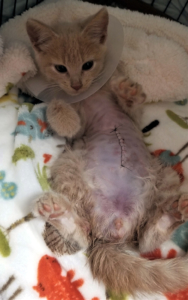 Butters is an extraordinary kitten with so much love to give. He’s also a fighter! You can see in the photos the extent of his major surgery. This tiny boy has a fierce will to live and is exceeding expectations with his recovery speed. He was released from the hospital today and is now resting comfortably with us. 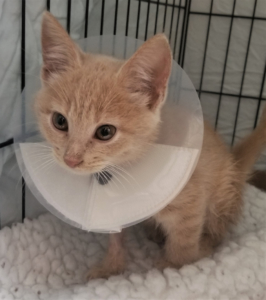 Little butter boy just wants to be a regular kitten, and we heard him meow for the first time today! This was music to our ears, since he’d been unable to meow previously due to pain and restricted breathing capabilities.

We are so thankful for everyone who rallied for Butters, both financially and emotionally, to support his chance at a new beginning.

Butters is determined to put his suffering behind him, and to move on with his healing and the hope of finding a loving family all his own. We’re thrilled to report that he’s eating and drinking well. He still needs some assistance with urination but is able to produce a little by himself, which is a new development as of today. We hope that will continue to improve.

When he sets his mind to standing up, there is no stopping him and off he goes!

We’re working on his aftercare and administering his post-surgery medications. Sutures will be removed in 10 – 14 days, and we’ll take x-rays down the line make sure his healing is on track.

This is one resilient little kitty who will melt your heart like butter. THANK YOU to all who rallied on his behalf! 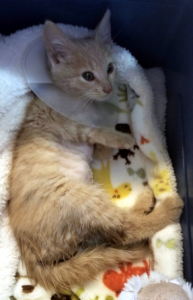 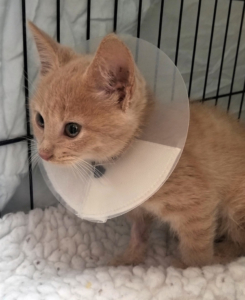 Butters made it through surgery and is now on the long road to recovery. At this point we’re a little over the halfway mark to raise the funds we estimate he’ll need. THANK YOU to everyone who has donated so far to help with his surgery, aftercare costs, and necessary medications.

This tiny boy is SO SWEET and he’s got a lot of people pulling for him! Throughout all he has been dealing with, both pre-op and post-op, he has continued to make adorable “butter biscuits.”

As of last night, Butters was doing okay. He was still very drowsy but breathing well. They had him on oxygen as a support. He had some drainage from his chest cavity but not anything alarming.

This morning we got another update from the vet. She said that he is “doing great”! He has eaten a couple of meals. The drainage tubes from his chest cavity will be removed today, as there is little to no fluid. They will also remove his IV to see how he does. He has a meds schedule of 10 am, 4 pm, 10 pm, 4 am. They’ve needed to express him twice because he’s not urinating on his own. We are not sure yet if that will be an ongoing condition or not. We are so thrilled that he has been standing on his own, although he is a little wobbly.

After all that he’s been through the past few days/weeks, it is clear that he’s a fighter. Without your GENEROUS support we would not have been able to give him a second chance, and for that we are forever grateful on Butters’ behalf! THANK YOU!

Butters made it through surgery and is still in the process of waking up. He needed to be heavily sedated for this type of surgery. It was found that there were two tears in his diaphragm which allowed the majority of his abdominal organs — including his liver, spleen, and intestines — to move into his chest cavity. As you can imagine, his lungs had so much pressure on them, making it extremely difficult to breathe!

Little Butters also has a fractured hip, a bruised abdomen, and possible nerve damage from whatever trauma he endured. One thing at a time, though. Butters has proven to have a fighting spirit, and he is now breathing comfortably. The next 48 hours are critical!

The HSCC is a little over a third of the way to the surgery cost thanks to the generosity of supporters. We are so appreciative of all your love and support. Please continue to share Butters’ story to keep a flow of incoming donations, which will assist with his surgery cost and aftercare. Thank you all!! 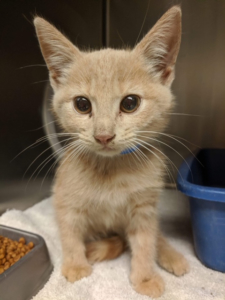 When Butters arrived at Cobb County Animal Services on Friday 9/20/2019 as a stray with a diaphragmatic hernia caused by severe trauma, they sent out a plea to rescue groups to help this sweet boy. We answered the call and have taken him into our care; we’re now doing what we can to give him his chance at life, which he truly deserves.

In order to get him the emergency surgery he needs to immediately correct this life-threatening condition, we are raising funds to help pay for his care. The total cost is estimated at between $6,000 and $8,000.

We truly believe Butters deserves a second chance, which is why we decided to take him into our care. He’s a very sweet boy; even though he is having trouble breathing, he has been making biscuits and has a great, positive disposition.

Please keep Butters in your thoughts and prayers as he goes into surgery this afternoon.