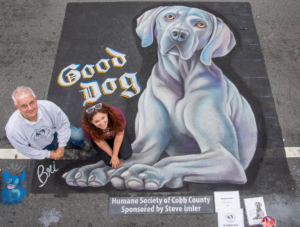 The HSCC is pleased to have participated in Chalktoberfest 2019, our fourth year in a row at the festival.

We had a booth on the Square, where we were able to interact with attendees and their pets. In addition, HSCC Board Chair and President Steve Imler sponsored a chalk artist on our behalf: Brianna Cunha, of Lake Forest, CA. Brianna’s finished piece, “Good Dog,” won third place out of more than 100 featured artists! 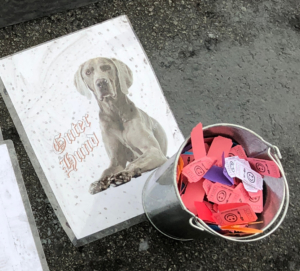 This was Brianna’s first year participating in Marietta’s Chalktoberfest. She chose a Weimaraner as the subject of her piece because the German breed aligns with the German roots of Oktoberfest, from which Chalktoberfest draws inspiration.

Brianna completed “Good Dog” over the course of the weekend, battling the weather and occasionally having to cover her work with plastic to shield it from rain. She and the other participating artists were able to complete their masterpieces before the sky really opened up, mere minutes after the festival’s end!

Our thanks go out to Brianna for her spectacular, award-winning creation; to Steve, for sponsoring her work on our behalf; and to the Marietta/Cobb Museum of Art, the organizers of Chalktoberfest, for another brilliant festival.

We look forward to seeing everyone again in 2020!

Chalktoberfest is an annual chalk, beer, and wine festival held on the Marietta Square every October, presented by the Marietta/Cobb Museum of Art. 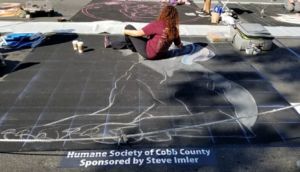 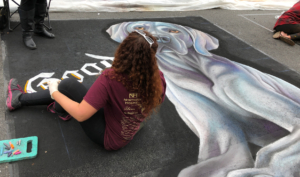 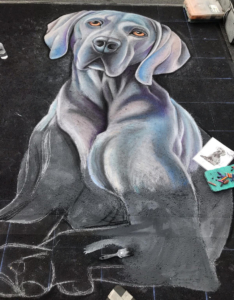 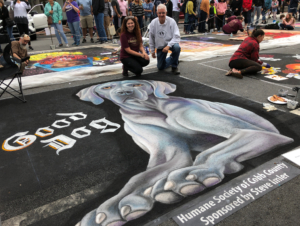