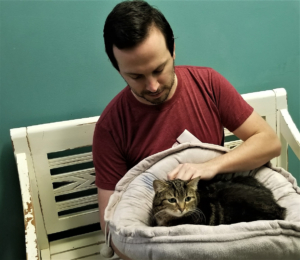 We get excited every single time we adopt an animal into a loving home, but the adoption story of Abracadabra and Kate is a special one. When their new dad first visited our shelter several months ago, he told us that he wanted to take his time getting to know our cats before making a decision. He was particularly interested in cats who might not otherwise have a good chance of being adopted due to factors like age, health issues, or behavioral needs. The cats he ultimately chose would become companions for his cat Theia, who is blind due to being born without eyes. 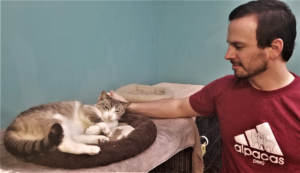 Over the next few months, he visited us and slowly whittled down his original list of potential kitties. He spent time with senior cats and special needs kitties, getting to know them and their needs. Finally, his list was narrowed down to just two: Abracadabra and Kate. Fully aware of their histories and their needs, he decided to adopt them both. 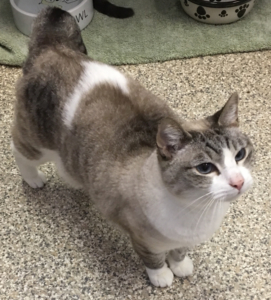 When Abby first came to the HSCC, she was one of the worst cases we’d seen as far as fear and anxiety. Gently and patiently, we worked with her to help her learn how to trust. She began to spend more and more time out of hiding, eventually allowing short pets and strokes. The day finally came when she was actively seeking attention and basking in affection! She will always need time to adapt to new people and situations, but she is no longer crippled by fear. Abby was recently adopted by another family prior to this, but they had overestimated their ability to give her the time she needed to acclimate to their home, so they returned her to us. 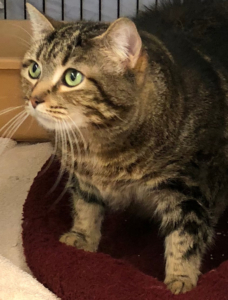 While Abby’s issues are primarily psychological, Kate’s are firmly in the realm of the physical. Due to impaction issues, she has stringent dietary requirements of special canned food on a routine feeding schedule (no dry kibble). She is also overweight, but we expect she will slim down in a home environment where she can explore and move around more. She is sweet, social, and talkative, and she loves attention. Kate and her new dad bonded early on in this process, so we were not surprised to see her name on the final list!

Abby and Kate’s adopter has spent a lot of time setting up space in the girls’ new home with cat trees, toys, and everything they need. He is committed to being patient and allowing both girls to acclimate at their own pace. In fact, Abby’s story of being adopted and returned after a short time seemed to help him make the final decision.

There are so many wonderful animals who are overlooked for adoption because they aren’t the prettiest, or the healthiest, or the most outgoing. Abby and Kate have spent a large portion of their lives in the shelter, so we are overjoyed that they have finally found their forever home with such a thoughtful person. Many thanks to this caring adopter for opening his heart and his home to these two special girls. Happy tails to all!

Click here to read an update about how Abby and Kate are doing in their forever home! 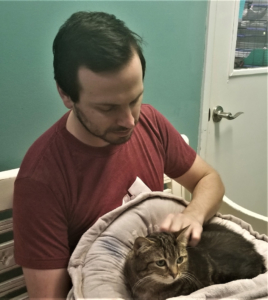 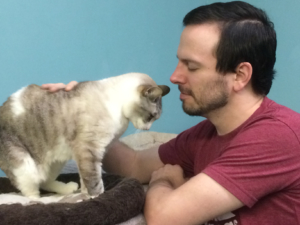 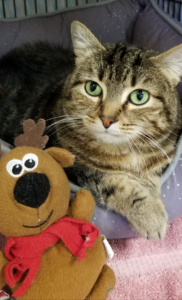