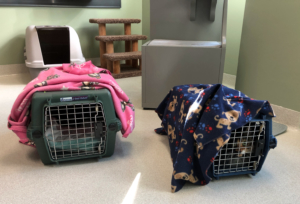 We’ve moved the first kitties into our new shelter building! This is what we’ve been working toward since the day we broke ground — cats and kittens enjoying the space we’ve created for them! 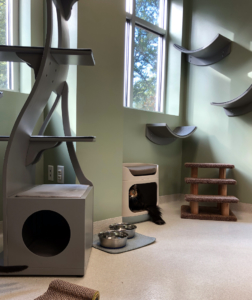 The move-in plan has been carefully coordinated to ensure the smoothest transition possible for all kitties. To that end, we’re moving them from our Fairground Street facility in batches over time. The first batch to move in consisted of seven shy kitties who take longer to adapt and adjust to new situations and environments. Split across two rooms, these seven pioneers will have the place to themselves for a while, giving them the opportunity to build comfort and confidence in their rooms before bolder kitties join them. 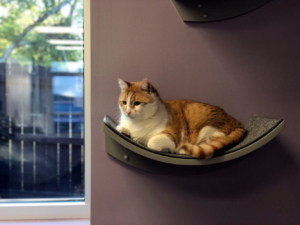 One benefit of having multiple smaller cat rooms, instead of one or two large rooms, is that we can populate the rooms based on cat personalities, ensuring that each group of kitties is as harmonious as possible. This approach can prevent overly dominant behavior, deescalate tension, and allow shyer cats to flourish. It also gives us more flexibility if conflicts do arise. 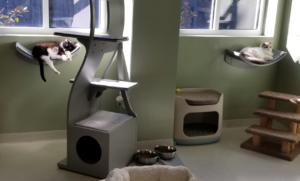 The first kitty to set paws to floor in our new shelter was a longtime resident named Kindness. It was apt that she was the first, as she’s seen firsthand the evolution our organization has experienced as we’ve grown and expanded over the years. Her name also embodies what our mission is really all about, at its core. Kindness was joined in the green room by Isabella and Violet. These three ladies have been settling in nicely and seem to be loving their new digs!

The purple room welcomed Randall, Progresso, Jake, and Maggie. Randall and Maggie quickly took to the cat shelving (and the sunbeams!), and they’ve also discovered the windows that allow cats to see each other between rooms.

The second batch to transition were the kittens, who have now taken over the kitten room! We are SO EXCITED to have a dedicated kitten space where these cuties can fully express their boundless kitten energy.

Over the coming weeks, more and more cats will be transitioned. Each cat room is fully equipped with everything needed to transform the space into a kitty wonderland — perches, shelving, cat trees, comfy bedding, hidey holes, cubbies, and windows galore. We are absolutely thrilled with the environment we’re now able to provide for our kitties, and so far they seem to be pretty thrilled too! 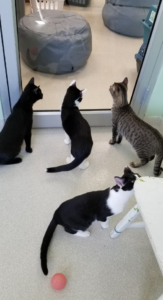 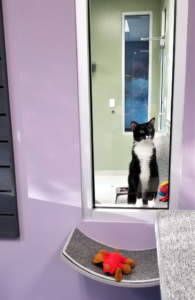 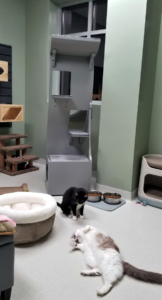 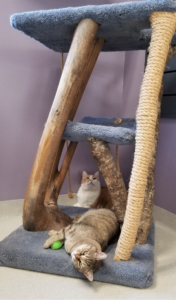 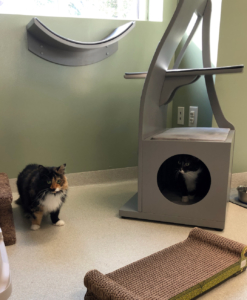 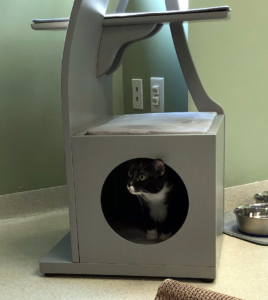 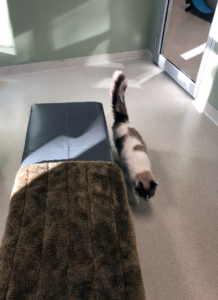 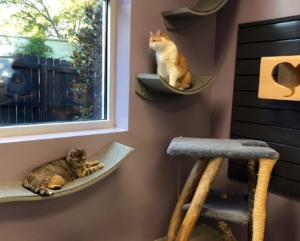