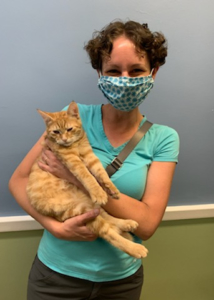 Thistle was part of a large litter of nine that we took in (with their mom, Clover) at just 24 hours old. A month later, Colby came to us, having been found alone by the side of a road. Approximately 6 weeks old, he was covered in fleas but so eager to make friends. When all were vetted and known to be healthy, Colby was integrated into the Clover litter, where he was welcomed with open arms. He soon became “besties” with Thistle, and the pair became inseparable. 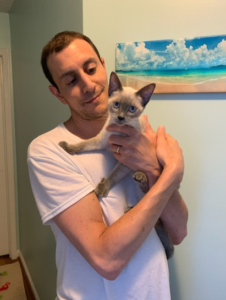 Fast-forward a few months to a couple of doting pet parents who have loved and cared for a large family of furry companions, both cats and dogs, over the course of many years. As nature takes its course, this family has suffered losses, most recently two of their older felines. Although they weren’t actively looking to immediately adopt, through a twist of fate they had occasion to meet Clover’s litter. Colby and Thistle stole their hearts, and they knew that their family was about to grow by two.

It had been years since they’d had kittens, so they took the time they needed to make the necessary adjustments and kitten-proof their household. Once that was done, the babies came home and began the process of getting to know their new family! Now known as Osiris and Willow, these sweeties are thriving in their forever home and everyone is adapting well.

We know that these two kitties will be loved and treasured for the rest of their days, and we couldn’t have picked a better home for them. Happy tails to all! 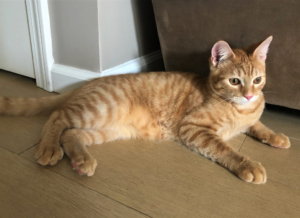 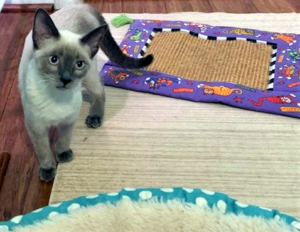 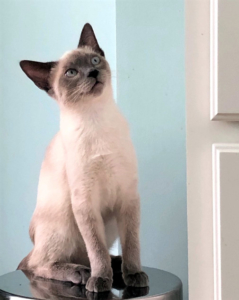 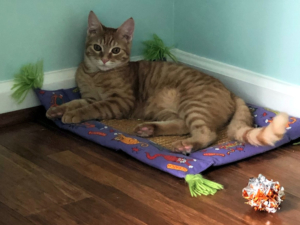