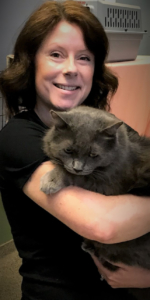 One of our volunteers recently lost the kitty she adopted from us years ago. Their other cat does her own thing and isn’t super affectionate, so when she was ready to bring a new kitty into her home, she wanted a cuddler. She found exactly that in Collin! She would visit with different cats after her volunteer shift but always went back to Collin, who would snuggle into her lap and purr. He won her over, and we’re so happy for this big boy! 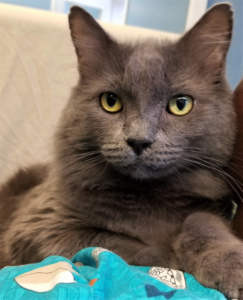 Since bringing him home, Collin’s new mom reports that he’s playing and happy and has settled right in. They’re taking it slow and waiting until his new sister is ready to accept him into her home, but hopefully it won’t be long before these two kitties are cohabitating peacefully.