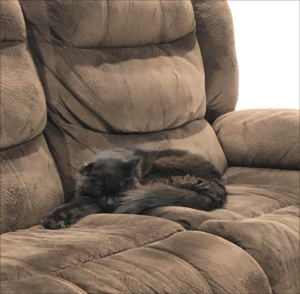 We’ve received an update — and some delightful photos — from Favor’s new family (click here to read about his adoption). His name is Merlin now, and he’s doing great!

I just wanted to give you an update on Favor and send some pictures! He seems to be doing really well, and we love him so much!

Since he reminds us of a wise old man, we decided to rename him Merlin. We gave him a “base camp” of a room in our basement. He’s made that his safe space, but has started to explore the whole floor and take naps in other places. He’s been sitting on Drew’s desk during the workday, too. He loves getting pets and gives us lots of head boops. Hopefully he can meet his sister soon! He’s such a sweet cat and we are still so honored that we were chosen to be his parents.

We’re so happy to know that Merlin is thriving in his forever home! 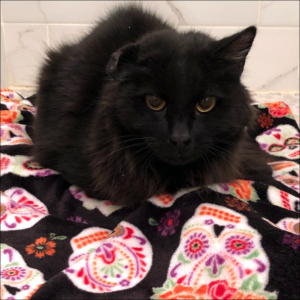 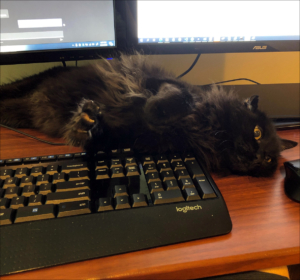