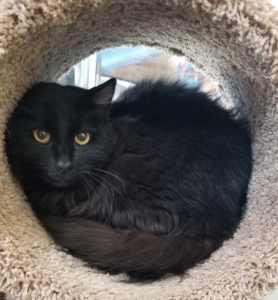 Favor’s new family had been thinking of adding a feline companion to their household for a while. They wanted to give an older cat who might have a harder time getting adopted a chance. Being black and shy and looking like a “tough old man” because of his floppy ear, 10-year-old Favor won their hearts and seemed a great fit in personality for their same-age kitty at home. 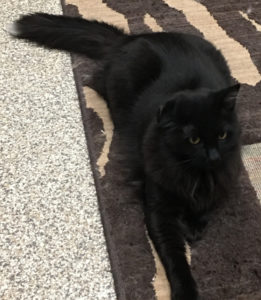 Favor’s new sister is called Constable Chubbs, and his parents think the two of them will get along great. After their adoption application was approved, his new family waited patiently while Favor underwent and then recovered from a dental procedure that had been scheduled for late March. They were so excited to take him home when the time finally came!

We’re thrilled that this special boy has found his forever family at last. Happy tails to all!

Click here to read an update about how Favor is doing in his forever home!