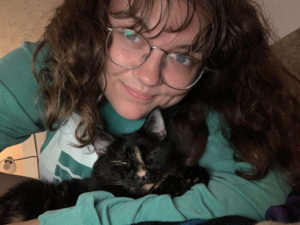 We’ve received a delightful update about Scarlett, now known as Paulie! (Click here to read about her adoption.) This sweet tortie quickly became known for her unique purr while she was under our care, and now she has even more to purr about. The special bond she shares with her new mom shines through in the photos, and she looks happy as a clam. Here’s what Paulie’s new mom had to say about how she’s settled in: 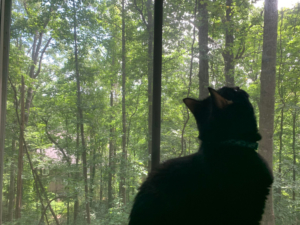 Things are going GREAT and pictures are attached! We get along so well and she is so so cute. I did end up changing her name to Paulie – she purrs like a bird and it’s a take on “Polly want a cracker?”

Thanks so much for letting me give her a home!

We are thrilled to know that Paulie is thriving and loving her new life! 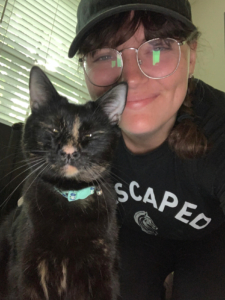 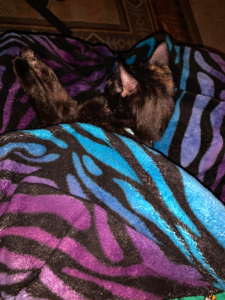 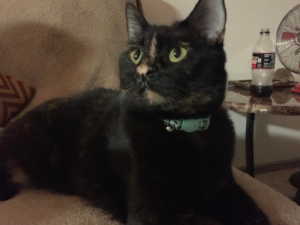